“Rarely does a purchase give one long term pleasure over many years and your mat has done this for me.”

Jay– I remember like it was yesterday that afternoon I spent with you test driving your practice mat in your back yard . (Probably 8, 9 years ago).
I purchased it on the spot and started beating on it, mostly outside,back in CT, during that and all subsequent golf seasons and in my basement in some off-seasons.
I recently moved and the mat moved with me into my new basement practice facility.
The hitting surface is virtually unchanged, no thanks to severe summer sun exposure every year and several winters when I just left it outside to await the next warm golf season.
It STILL tells me when I’ve hit the ball fat. And when I pure it, it tells me that as well.
On a more personal, though philosophical, note, I want to salute your initial and ongoing rationality in all you had to do to create the product I purchased lo these many years. wish you continued success in the future. You deserve it. Excelsior!
Bill Brahm 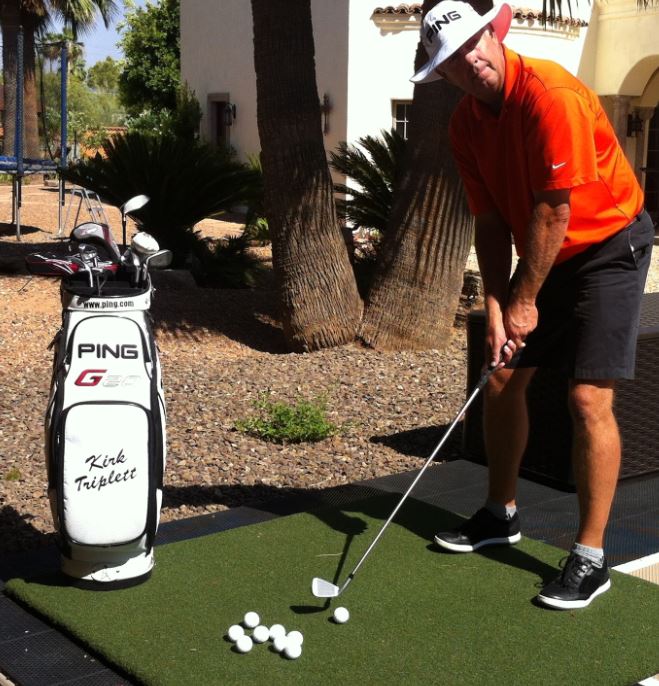 Complete and submit the form below for your chance to win a FREE Country Club Elite® 5'x5' (a $539 value!)


Warning: count(): Parameter must be an array or an object that implements Countable in /homepages/7/d444148738/htdocs/realfeelgolfmats.com2016/wp-content/plugins/detheme_builder/detheme_builder.php(59) : runtime-created function on line 1